Testing some brick texture for the Qumran model.

Bricks in Qumran? Yes of course there are those buildings on the South-East whose brick-walls are still apparent to this day. But not just those. In fact many of the buildings, including most of the pools or reservoirs had almost certainly mud-brick super-structure. This is why many stone walls are so uniformly levelled, they were the foundation upon which the upper most structures made of plastered mud-bricks–that didn’t survived time and weathering–stood. Well, at least not in their initial form since in fact their debris filled the site to the point where it was barely visible when archeological digging started in the 50’s, apart from the famous so called tower whose top was above the ground.

So, following the same method used for the stone walls, I started creating some brick shape only this time it wasn’t necessary to use photo reference to model the shape since a brick  is, well, a brick. Only the scale mattered in this case. 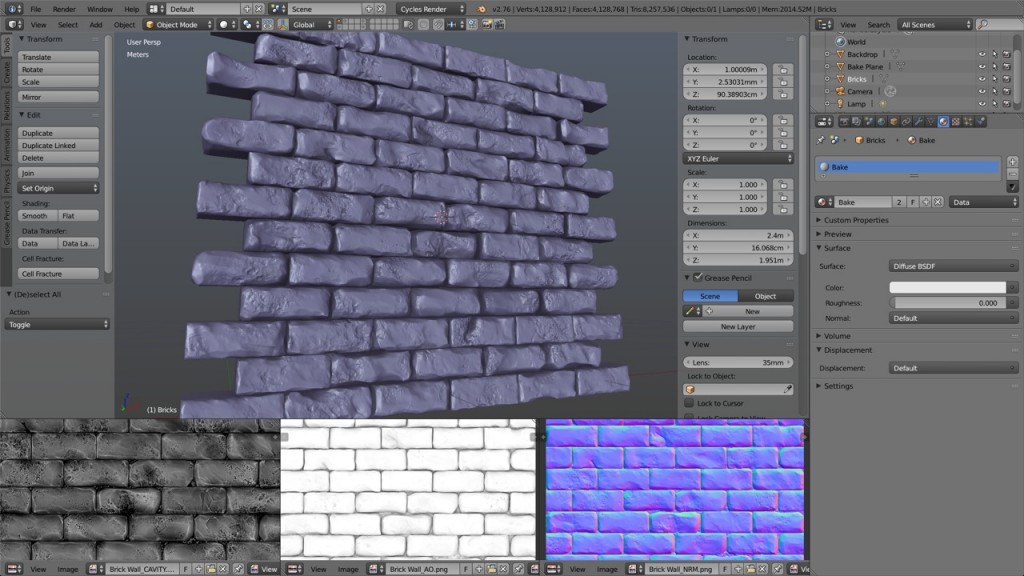 Once the tillable brick wall was sculpted, baking the normal map, AO and height map was done. Then, with help of photoshop, I made a cavity map that will help later on give some extra definition to the color map in the shader.

This is the result on a cube with a simple shader using normals, specular and height map for mesh displacement on a subdivision modifier.

The corners are not addressed here as the bricks simply continues from one side to the other without angle consideration which should ultimately show the actual width of the brick and not the next brick. Something I need to consider. 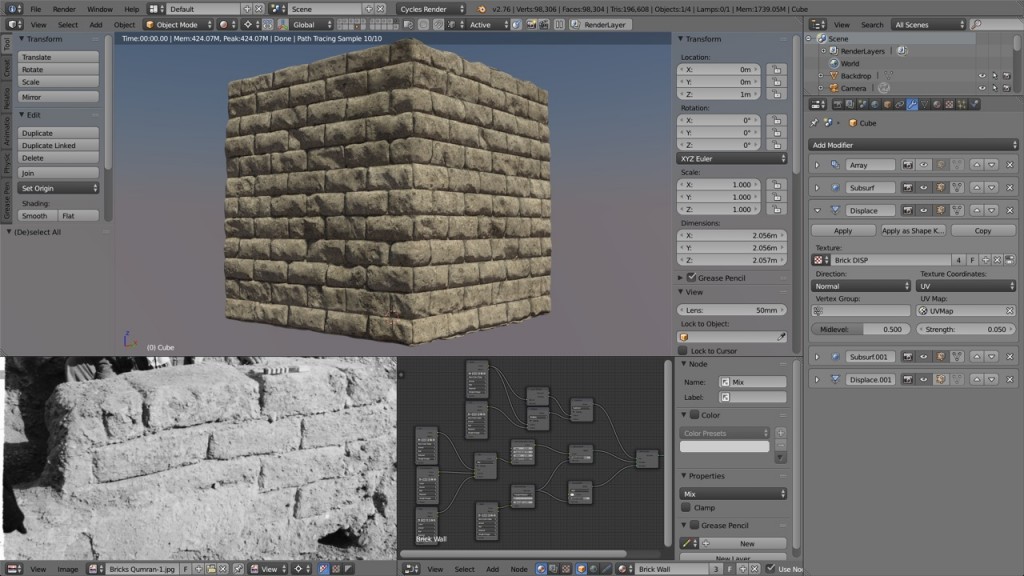 On a continuous plane, the texture is perfectly tillable. With the help of an extra layer of noise displacement on top of the actual brick displacement, it becomes even closer to the originals. I may have to adjust the scaling of the texture to better fit the reference material.

Next thing, I will have to dig in my Qumran photo library to find color reference and adjust the texture color to match real bricks. However this is rather not so critical since almost all the time, it will be shown covered with plaster.